Braindance was invented by Yuriko Sujimoto, a graduate student at University of California at Santa Cruz in 2007. Using an extrapolated Moss equation, the basis for neural response translation, and netrunner interface as a base. 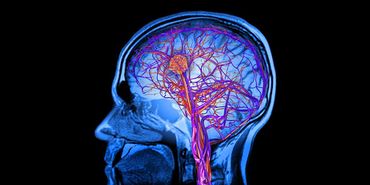 The world of Cyberpunk 2077 presents a grim vision of the future. Tech advancement went hand in hand with the decay of society. Body augmentations invented to serve society simply multiplied the problems, and sometimes lead to mayhem on the streets. New inventions led to addictions and poverty became an even larger problem.

In Cyberpunk 2077, the player will be thrown into a dark future. The metropolis of Night City is a stage set to tell the tale of one individual, raised on the streets, who tries to lift himself up from the gutter and find a way to survive amongst boostergangs and megacorporations in a city of filth and sin. Drugs, violence, poverty and exclusion haven’t disappeared by 2077, as people stayed as they were for centuries – greedy, closed-minded and weak. But not only ghosts of the past trouble mankind, but new issues have appeared. Psychos go on rampages and the streets are filled with junkies addicted to a new form of entertainment – the braindance, a cheap way to experience the emotions and stimuli of someone else, someone living a more exciting life.

Braindances are digital recordings of a person’s experience. The viewer can stream a braindance directly into his neural system via special brain augmentations, called a BD player. Braindances allow the viewer to experience all brain processes registered, including emotions, muscle movements and all stimuli perceived by the recording person.

The range of themes of these recordings varies from simple braindances made by megacorporations, which e.g. allow the viewer to feel the full experience of an explorer with all its thrills, sweats, smells, views, sounds and the real feeling of curiosity that pushes men to go beyond the horizon against fear and physical weakness. But there are also more controversial sides of braindance, because some recordings are created illegally in the underground. Entering the mind of a serial killer means not only seeing the monstrosity he performs, but also living his lust to kill and fulfillment.

You haven’t experienced the latest New Hollywood recording? You’re nobody! The streets live with braindances, everyone just got crazy and wants to be a part of this new entertainment fad. Some people push it even too far and they cannot stop living other people’s lives. If you’re not linked to a braindance right now, you are probably discussing what happened to you during your last session. Of course, just like every great new cultural movement, BDs have people who criticize them. Just watch these two guys arguing about this phenomena (image attached aside).

This is the world of 2077. The gap between high and low is bigger than ever. Drugs, violence, braindance, psychos on the loose… Will you be able to function in this defunct society or end up a BD-junky with nothing left, set aside like garbage - still living someone’s else life – not aware of what’s going on around you? Whether you like it or not - this is the age of braindance decadence; this is Cyberpunk 2077.

Age of braindance decadence: We didn’t get rid of our problems, we multiplied them